Recently we took a day trip to the lovely city of Nimes, Fr (the “i” is really suppose to have a ^ over it but I’m not that accomplished with an iphone keypad). At any rate, Nimes is a huge city with a historic quarter where there’s a massive Roman coliseum from the first century AD.
. 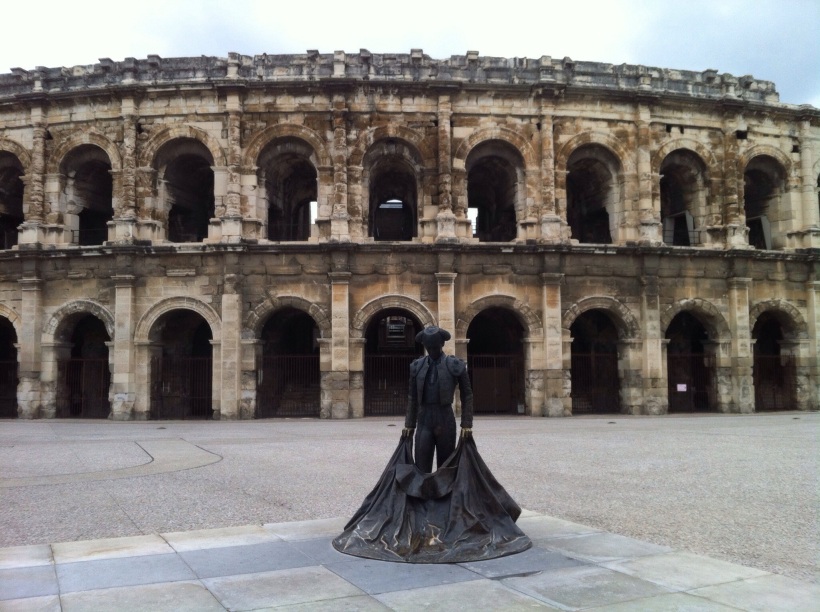 Immediately after this photo was taken it began to pour buckets, so I have no more photos to share but there is some interesting fabric history in this city.

Denim fabric got its name from Nimes. Twill fabric began to be manufactured from wool in the 1600’s, both in Italy and in France. In France and specifically in Nimes, or was called “serge de Nimes”. In the 1800’s, the fabric was made from cotton only and continued with the same name, but was shortened to “de Nimes” (pronounced “neem”) or “denim”. In the world of Google Translate, “serge de coton” translates to “twill”, of which one type is denim, the most commonly worn fabric in the western world.

To close out this post I could show you a boring photo of denim, or a photo of the amazing Pont du Gard aqueduct which was also built in about the first century AD, to carry water to Nimes. 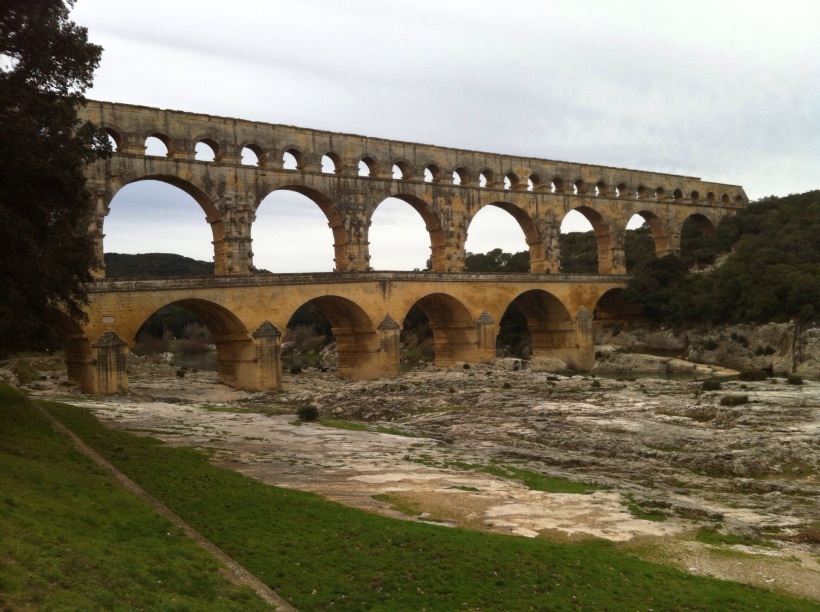